Humans are social animals. We thrive to have healthy social relations with our peers, family, friends etc. Relationships are complex, we share different kind of relationships with different people for example we share a close and personal relation with our friends and family on the other hand we share a formal relationship with our superiors in a professional space. Our way of handling these relationships is very different in terms of communicating our needs and emotions.

But no matter how hard we try to communicate ourselves as clearly as possible, there are times where find ourselves in disagreement with the person we are talking to. Such misunderstandings are inevitable and leads to an argument. While some arguments may have an easy resolution, there will be arguments which will escalate and turn into a fight. Such heated arguments aren’t healthy and may take a toll on your mental health. Hence it becomes important to know how to deal effectively with such arguments and move ahead of them.

Any sort of relationship has communication at its very base, be it in a professional space or in our personal lives. Therefore, it becomes very important to communicate effectively but sometimes due disruption in communication channel we are unable to send our message clearly. This ineffective communication may lead to misunderstandings and arguments because the receiver has received a faulty message.

Another major reason for arguments to happen is our body language while we listen to someone. The way we present ourselves while communicating with someone is very important as it comprise of non-verbal cues which are very easy to notice and interpret. For example, if in a conversation you look here and there or keep moving your foot etc it’s a clear indication that you are not interested in what that person is saying. This is generally considered very rude and in a personal relationship this might even hurt your loved ones.

We live in a very diverse society where we can find all sorts of narratives and ideologies going around. Every individual has their own belief system which may be miles away from your view or even completely opposite to what you believe. In such a case argumentation is normal but the problem begins when you become very rigid in terms of what you believe and completely disregard the views of others. Such intolerance for opposing views will inevitably lead to a heated argument.

In personal relationships its very important to understand the needs of your loved ones and be sensitive towards their emotions. ‘You never understand’ is a very common phrase we use in our conversations these days. Its generally because people fail to empathise with their loved ones and because of the same are unable to provide the love and support that their loved ones expect out of them. This lack of empathetic understanding leads to serious fights and arguments in relationships causing a rift between two people.

IMPACT OF ARGUMENTS ON MENTAL HEALTH

Arguments generally lead to rift between two people which may have adverse effect on one’s mental health. Strained relations have the following effects on individual’s mental health:

Arguments may cause a lot of stress to the individual as it involves a lot of mental effort. Moreover, people in an argument sometimes end up saying really hurtful stuff which may also cause stress. This stress generally amplifies due to overthinking which is a very common human trait. Arguments in work space may also lead to a lot of stress as one’s social standing and possibly the livelihood of an individual is at stake.

Constant fighting can strain your relationships and strained relationships can lead to depression. Insensitivity towards each other’s emotions, being stressed and exhausted are some of the consequences of constant bickering. People sometimes are unable to cope with such fights because of the stuff which is said in the heat of the moment. This inability to cope and express oneself further deteriorate the relationship. All these pent-up emotions and feelings becomes breeding ground for various psychological problems like depression etc.

When you are caught up in a heated argument there are a lot of physiological changes in your body like high blood pressure, increased heartbeat, sweating, shivering etc. All these are symptoms of anxiety. Any sort of argument generally causes a lot of anxiety to both the parties involved. This anxiety may get over with the argument but sometimes people feel anxious even after the argument is over because they find it difficult to get over it, hence causing serious anxiety issues to the person.

HOW TO DEAL WITH HEATED ARGUMENTS?

We can deal with arguments before it causes any serious problem to our well-being. Following are some ways to effectively deal with heated arguments:

Anger issues are very common these days. People lack patience due to the fast and advancing society they are part of. Everything today is available at a click. In such a world patience becomes the last priority, people want their work done as soon possible. That’s why we see people fighting over trivial issues these days. Therefore, anger management becomes very important. This include techniques which aims to make us more focused and patient. Meditation is one such technique which is very effective, it just requires you to sit with yourself for ten to fifteen minutes per day and introspect. Creative visualization is another technique which involves creating a happy place for you and whenever you feel like you are stressed out you can go to happy place which help you with your anger.

Always remember that when in an argument you raise your  voice it will only worsen the situation because when you raise your voice the other person instead of understanding your point starts to perceive you as someone who is just defending his/her point no matter what and automatically tunes out. It then becomes a matter of ego instead of understanding. Therefore, raising voice in arguments is never a good idea.

Be more tolerant towards opposing views. It’s okay to disagree with someone or to have opposing views but don’t let this become a reason for serious fights. Make space for diverse views because we live in a world where everybody has an opinion about everything and its impossible to agree with your friends, family etc all the time. To avoid arguments become more inclusive.

In order to resolve any argument, you need to first identify what your issues are because in an argument lines can get blurry and things overlap in such a scenario it becomes very difficult to pin point one particular reason for the argument and resolve it. Don’t let one argument to overlap onto another sphere of your life.

Make sure that the receiver is receiving the message clearly and with the same intent with which you are sending it. Remove any sort of disruption in communication channel and make sure you send out information in such a way that the other person is able to comprehend it.

Arguments are a part of life and its impossible to rule out the possibility of arguments. Instead of letting these arguments become a problem face them fearlessly and know that you will get past it. It all depends on how you perceive the argument. Not all arguments are unhealthy, some arguments are informative and may change your ideologies for the good. Be more open and sensitive to the needs and emotions of others. Every argument has a resolution it just needs a little more patience. 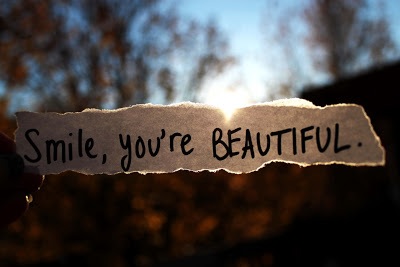