Nowadays everyone is well acquainted with the term “Mid Life Crisis” and how almost everywhere you see, someone or the other around you seems to have gone through or is currently facing something similar even in their twenties, when in reality, mid-life crisis happens in your late forties to late fifties. A midlife crisis can be seen in individuals who are somewhere between the ages of 40 and 60. It was initially seen as a typical part of the maturing process. Usually people tend to experience some sort of major change in their emotions during that phase. It results in a rough time emotionally which might lead to depression.

Quarter life crisis is almost similar to mid life crisis, the only difference being that its period ranges from twenties to thirties instead of forties or fifties. In this, people start to feel unsure about their own selves, their decision and choices, because of the stress of becoming an adult. Millennials somehow are having their mid life crisis sooner than what was witnessed in the previous generations because of the amount of pressure they’re facing everyday to achieve success in all walks of life. The causes can be anything from relationships to extremely competitive and ever so demanding work environment, sexual frustrations, the famous millennial concept of FOMO (fear of missing out), lack of job opportunities, parental and peer pressure.

Depression, anxiety, fear of change, escapism, frustration, lack of motivation, lack of self confidence, detachment, and a constant fear of failure are some of the most commonly seen symptoms of quarter life crisis. If you think you’ve been having these symptoms lately, there is good chance that you are facing a “Quarter Life Crisis.” Don’t worry; it is not uncommon these days given the amount of stress and pressure one is under all the time.

Here are a few tips that will help you fight the Quarter Life Crisis:
• Stop judging yourself for every mistake you make. You are human and everyone is allowed to make mistakes every once in a while. That’s how you grow and learn.

• Be patient with yourself. The changes won’t happen overnight. It takes time. Give yourself the required time to heal and then move forward.

• Remove toxic people from your life. People who demoralize you, people who gaslight you, people who make you feel like you deserve less or are not good enough. Walk away from such kind of negativity. It isn’t going to do you any good.

• You’re flawed but so is everyone. Flaws aren’t something to be ashamed of. Everyone is flawed and that’s what makes us perfectly flawed. Accept your flaws and try to work around those but don’t let those flaws let you down.

• Laugh a lot. Laughter, undoubtedly, is the best medicine. Join a laughter club, watch funny videos or movies. The more you laugh, the better you will feel. Laughter has an unparalleled healing touch, let it work for you.

• Be Self Aware. Be honest with yourself. The one person who knows you the best, and the one person you’ll have to spend a lifetime with is – YOU! Don’t lie to that person. Nothing good will ever come out of it.

As scary as it all sounds, the good news is that you can bring yourself out of it. It isn’t a state of perpetuity. Things can change and will change as soon as you decide to take matters in your own hands and work on it. I’m not saying that it will be cakewalk, but the harder you try, the better is the outcome. REMEMBER – YOU ARE STRONGER THAN YOU KNOW! 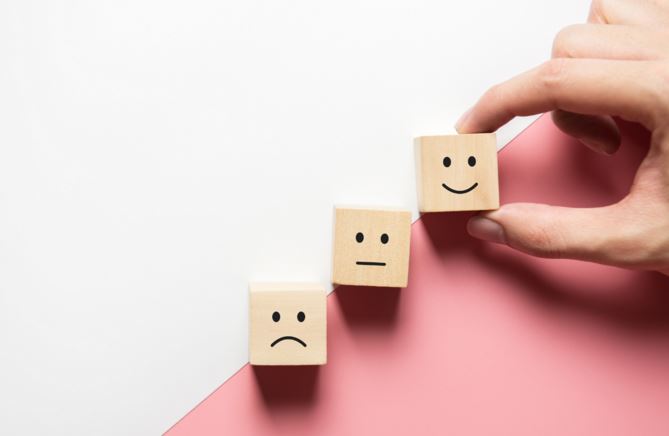