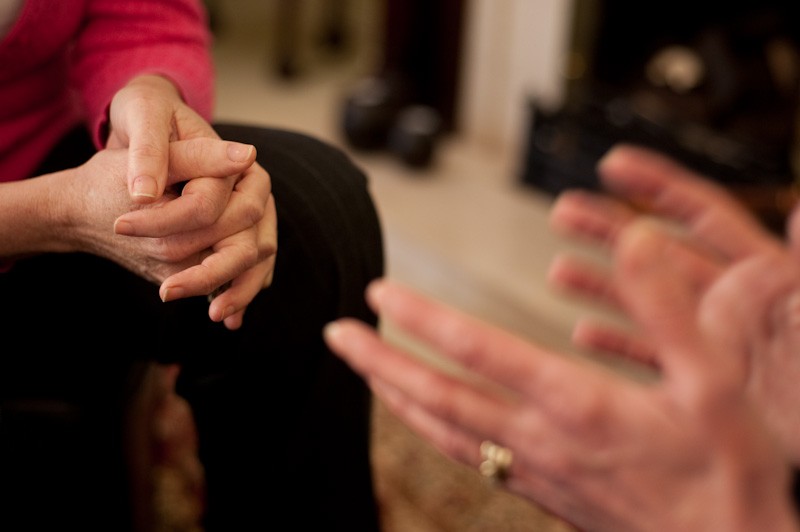 devika oberaiMay 28, 2018August 10, 20192 Comments on Mental Health Awareness Month
Hosted by the Mental Health Foundation, every year May is celebrated as the Mental Health Awareness Month in which, Mental Health Awareness Week was celebrated from 14–20 May, with its central focus being STRESS. Research has shown that two thirds of the world’s population has experienced some sort of mental health issue at least once in their lifetimes and stress is a key factor in this. By tackling stress, we can go a long way to tackle mental health problems such as anxiety and depression, and, in some instances, self-harm and suicide. It looked at how we can tackle stress and help improve our mental health. HISTORY Mental Illness Awareness Week (MIAW) (also known as Mental Health Awareness Week) was established in 1990 by the U.S. Congress in recognition of efforts by the National Alliance on Mental Illness (NAMI), aimed to educate and increase awareness about mental illness. During this week, mental health advocates and organizations sponsor events to promote community outreach and public education concerning mental illnesses such as major depressive disorder, bipolar disorder, and schizophrenia. Examples of activities held during the week include art/music events, educational sessions provided by healthcare professionals, advertising campaigns, health fairs, movie nights, candlelight vigils, and benefit runs. About one in four adults are believed to be diagnosable with a mental illness in any given year. The numbers may be larger because stigma reduces reporting. Not only are these adults affected by one mental illness; 45% of these adults meet criteria for two or more disorders. These range from fairly common mood disorders to the much more serious anxiety and schizophrenia disorders. Among these, anxiety disorders were the most common, as some 40 million adults ages 18 and older experience some form of anxiety disorder. Despite the large number of people affected by such disorders, stigma surrounding mental illness is a major barrier that prevents people from seeking the mental health treatment that they need. Programs during Mental Illness Awareness Week are designed to create community awareness and discussion to put an end to stigma and advocate for treatment and recovery. WHY DO WE NEED IT? The first reason that might come to anyone’s mind would be awareness, but what are we trying to make people aware of? That it exists? It remains the case that there is still an enormous amount of stigma associated with mental health and, astonishingly, there are still some slightly more unreconstructed folks out there that don’t accept it even exists or that if it does it’s nothing more than a good sock pulling-up exercise will remedy. Awareness is necessary to create momentum for change. Action that will not only help prevent people become unwell but also properly support those currently experiencing mental illness. In the case of the latter people still wait too long to receive treatment and support, and often have their wishes ignored when in crisis. Basically, this week is a good opportunity to remind everyone that we all have mental health and so we all need and deserve a health system that reflects that reality. WHY DO WE NEED MORE THAN JUST A WEEK? It has been really powerful, with stigmas lessened and organisations making sure that more people each year learn about the support they offer. But this year people are asking — is this actually enough? On Twitter, the #MentalHealthAwarenessWeek hashtag isn’t just full of awareness-raising tweets — it’s also filling up with tweets questioning just how helpful this week really is. MHAW was set up almost 17 years ago by the Mental Health Foundation to raise awareness of people who were suffering in silence. But now that it has been going on for so long, people are suggesting that it should do more. One thing people say we should be focusing on more is the need for swift and affordable access to mental health services, and for mental health organisations to start offering more practical and financial support, rather than just moral. It’s also time people realize that the importance of remembering that mental illness doesn’t just last for seven days — we must make sure people are getting the real-life support they need, all through the year, as and when they need. People often complain about the high cost of private therapy, which then becomes unaffordable and hence discourages people further. Moreover, people are also not aware enough to understand when is it that they need help. Sometimes, they’ll be suffering but would not consider therapy as an option because they’re simply unaware that this is an option to be availed, and what they’re going through is a legitimate enough reason for them to do so. Mental health is such a huge and complex issue that we can’t do everything in a single week, which is why the acknowledgement of its existence is something that should happen all year round. WHAT HAS BEEN ITS IMPACT? The most important thing that it has done for most people is started dialogue and discourse. Even if it’s not enough, considering that the problem we are facing is big enough to not be tackled by discourse and discussion alone, however, the impact of this dialogue cannot be entirely neglected. It has encouraged people to come out and talk about their experiences in the open. When influential/powerful people do the same, it gets more attention and legitimacy and provides other with a path they can follow, hence making things easier for them. It has also helped in reduction of stigma, if not total disappearance, because of more awareness created. People have started to regard mental health issues as “issues”, if not “serious issues”. The legitimacy, validation, and social approval received from the society can really change the way how an individual in isolation views mental health. Therefore, the change has to be brought about at a structural level, including everyone and their thinking patterns. There has been huge progress in the last 17 years of raising awareness for mental health. But in 2018, the challenge is working out what we do next. It’s time we make the social support turn into tangible support, that doesn’t just help them people acknowledge the existence of mental health issues, but also help them deal with them in effective and tangible ways, hence leading them lead a better and healthier life. Find a BUDDY to share all your problems with (even anonymously, if you want) on the FeelJoy Mobile App available for all Android users.  DOWNLOAD THE FEELJOY APP HERE.