ARSHYA WALIAJune 30, 2018August 10, 20193 Comments on WHY DO WE NOT TALK ABOUT MENTAL HEALTH AND ITS RELATED ISSUES IN INDIA?
Mental illness refers collectively to all diagnosable mental illnesses — health conditions involving significant changes in thinking, emotion and/or behaviour, distress and/or problems facing functioning in social, work or family activities. Mental disorders are usually defined by combination of how a person behaves, feels, perceives or thinks. Mental disorders are caused by genetic or environmental factors though there can be many other causes as well. In the first chapter of the Bhagavad Gita — ‘The Grief of Arjuna’ — Arjuna had sorts of mental dilemma while standing in front of his cousins, uncles, well-wishers and gurus ready to fight. His limbs were quivering and his mouth was dry, his body was heating up, his bow slipping from his hands and he felt like his body was on fire. Unable to stand any longer, his head was spinning. It was then that his charioteer Krishna counselled him. Indian Medical Association national president KK Aggarwal had said that Lord Krishna was perhaps the first and the most celebrated of councellors. “Sessions” with his “patient” Arjuna led to his spectacular recovery and also constituted one of the most revered ancient texts — the 700 verse Bhagavad Gita. · WHY DO WE EQUATE THERAPY WITH INSANITY? Insanity is a legal term and not a medical term. By definition insanity means an individual’s inability to distinguish right from wrong or even to think rationally. Therefore, equating therapy with insanity might be offensive to people undergoing therapy for mental disorders. Therapy is like a ray of sunshine on a dark cloudy day. For people it means hope and optimism. Moreover, attending therapy sessions shouldn’t be seen as a sign of insanity but should be looked upon as a sign of maturity and a grown up commitment to mental health and well being. · WHY DO WE STIGMATIZE MENTAL HEALTH IN INDIA? Mental illness and its related issues have never made it to a discussion about health and well being. It is spoken about rather uncomfortably. Even when people talk about it, they talk in hushed tones. In India, many people are suffering from one or the other mental issues which makes it all the more important to talk about mental health and its related issues at large. In the recent past, India was shocked to see and hear about the suicide cases of Pratyusha Banerjee and Jiah Khan. People were talking about how their careers had come to a standstill and their failed relationships rather than delve into the root cause and talk about the reasons of their suicide. The callous attitude of people and sayings like — “It happens to everyone”, “Many people face it”- often stops people who need help from asking for it and further alienating them. Many a times, when a student says that he/she is being bullied at school or an employee says that they are unable to work to their full capacity, they are not creating mountain out of mole-holes. They are genuinely asking for help. We as a nation need to grow up and acknowledge the fact that there are people who are facing these sorts of crises in their lives and are still holding it in just steps away from exploding. Until and unless we do not de-stigmatize mental illnesses, we aren’t going to progress. · WHY TALKING ABOUT MENTAL HEALTH IS IMPORTANT! During the past few months mental health has received more attention both from the media as well as the general public, thanks to celebrities like Honey Singh, Shama Sikander and Deepika Padukone who have openly talked about their struggles. According to National Mental Health Survey of India, every sixth Indian needs mental health help. With 38 million people suffering from anxiety disorders and 56 million people suffering from depression, this means India has a crisis in its hands. Mental distress is one of the key reasons why one student commits suicide every hour in India. The cold attitude of people towards such a grave issue isn’t helping as well. Due to stigma around mental disorders nearly 80% of those affected with mental illnesses had not received any treatment despite being ill for over 12 months. · BE MORE EMPATHETIC – Empathy means the ability to understand and share the feelings of another. It is an instinctual response derived by our own experiences. It helps us to understand people on a deeper level. Higher level of empathy helps us to cope with the ups and downs of our lives as well as others. We need to soften our attitude and be more receptive to the needs of people fighting the demons of mental illnesses. After all, when ‘I’ is replaced b ‘WE’ mental illness becomes mental wellness. Mental illness is nothing to be ashamed of. It’s a medical problem just like heart disease. Stable mental health is the foundation of thinking, communication, learning, self-esteem etc. It’s the key to inter personal relationship and emotional well being. Just like people would go to the hospital to be treated for say, a fever, it should also be acceptable for people to talk to a therapist for their mental balance without being labeled as ‘mad’. Issues related to mental health can be different for everyone. Issues are personal, each person is unique, a one-off in the world. No one should be discriminated against or feel left out because their issues are different from everyone else. Therapy can be a beautiful and therapeutic experience for people looking for help. It makes people take charge of their own lives and empower people to address their grievances and move forward at a healthy pace in life with strong mental equilibrium, emotional health and well-being. Find a BUDDY to share all your problems with (even anonymously, if you want) on the FeelJoy Mobile App available for all Android users.  DOWNLOAD THE FEELJOY APP HERE.

3 thoughts on “WHY DO WE NOT TALK ABOUT MENTAL HEALTH AND ITS RELATED ISSUES IN INDIA?” 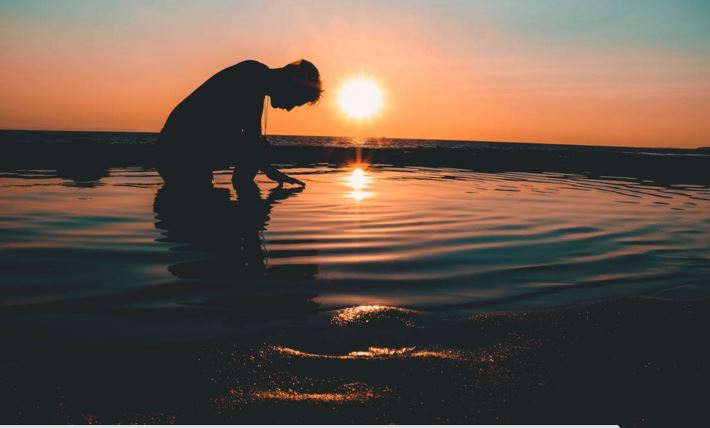